I've had the great pleasure of working with M.E.G. outside of my Weta hours on a number of projects but namely Mary Doe which has been created by Nick Nicolaou and his team including Paul Katte, who has been a make up artist on a number of films including the Hobbit, which is where we met.

I think original story and independent properties like this are what will really change cinema, giving us all something to be excited about again.  It really was a pleasure to contribute to the wealth of idea' s that Nick has created in this world.

To get a better idea of it all, check out the kickstarter they have going and if the idea of it sounds good.. you can also see a creative spotlight on yours truly here... help out a little by backing.  Some cool rewards for those that do! 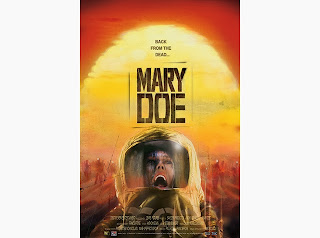 Posted by androobaker at 6:50 PM